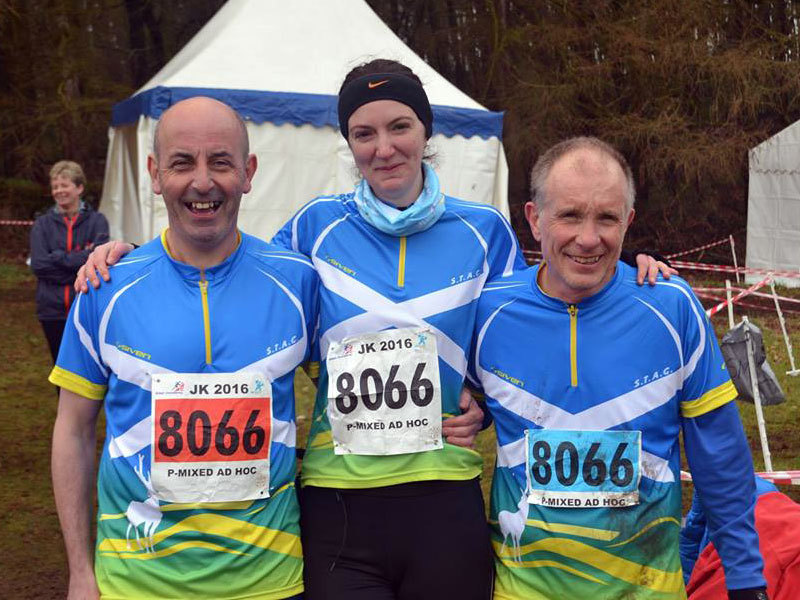 In 1982, St. Andrew’s Orienteering Club (Glasgow) was formed in the East End of Glasgow with the primary purpose of making Orienteering a more accessible activity.

By producing maps & hosting events, setting up permanent facilities & facilitating schools’ involvement we continue to promote Orienteering as a
Sport For All & a Sport For Life.

Although Glasgow has always been the hub of STAG activity, we have worked on projects adjacent to the City in both North & South Lanarkshire and because of our links with the former Faskally Outdoor Centre, near Pitlochry, the Club has mapped several areas in Perthshire.

STAG’s portfolio over the past 36+ years is impressive.

First held in 1977, the Club has made a contribution to this successful Scottish Project since 1985 when the main Event Centre was based at Faskally Outdoor Centre, Pitlochry.

In 2001 several members formed part of the Lochaber 6 Day Team.In 2013, Pauline - now of RR - was one of the Planners @ Loch of Boath, Day 4. For Highland 2015, Terry & Graham were Lead & Assistant Controller respectively.

This competition tends to come to Scotland every 10 years or so. Back in 1986 several of our members competed at Achilty, north of Inverness. In Oban in 1996, STAG was trusted with the task of running the main start.

In 1998 we held our 1st National Event at Leachdann Tom Na Croich followed the year after with Jackie co-ordinating the Scottish Champs (on behalf of West Area) & Terry planning the Relays at Kirkhill near Dumfries.

The Jan Kjellstrom Easter Festival was held in Scotland in 2000 & Graham & Terry planned the International Relays at Tullochroisk, near Kinloch Rannoch.

2004, STAG was the lead Club @ the Scottish Champs & in 2007 & 2012 held our 25th & 30th Anniversary Events both at Errochty Forest including the Veteran & Senior Home International Competitions.

Was first hosted by STAG back in 1994 @ Birnam when an all female conspiracy of Jackie, Zoe Griffin & Jan BJ took on the main roles. 6 years later Pauline planned the event at Inshriach, Aviemore with Ian Pyrah our Controller.

On 1st September 2019 , STAG hosted the Championship again with courses planned by Gerry Thomson & Ian Pyrah once again controlled the event which used an extended Faskally Woods & Pitlochry map. The races were blessed with good weather and we also had the pleasure of Charles Howie & Ian Sadler's company. Ian actually competed :)

2007 both Individual & Relays at Errochty and we nearly won !!

Our map of Dalnamein was used for the 2008 SHI Relay Event which Scotland again won. The SHI Individual returned to Errochty in September 2012.

Do you know who was the 1st Scottish Club to win the Compass Sport Trophy (Small Clubs)? Well back in 1992, STAG travelled to Wales for the final and returned victorious.

We have also hosted the British Final of Trophy & Cup back in 1992 @ Allean Forest, the Scottish Final in 2012 at Faskally & in 2020 we shall host the event in March at one of our Highland Perthshire areas.

I once again extend a warm & friendly welcome to all to come along and participate in our wonderful sport.

Over the past 10 years we have hosted 296 Events/Activities attended by 10,728 competitors.

Related to About STAG